I’m working in Melbourne today, then driving up the Hume Highway to Sydney.

Melbourne at dawn, driving off the Spirit. The very best way to view it. 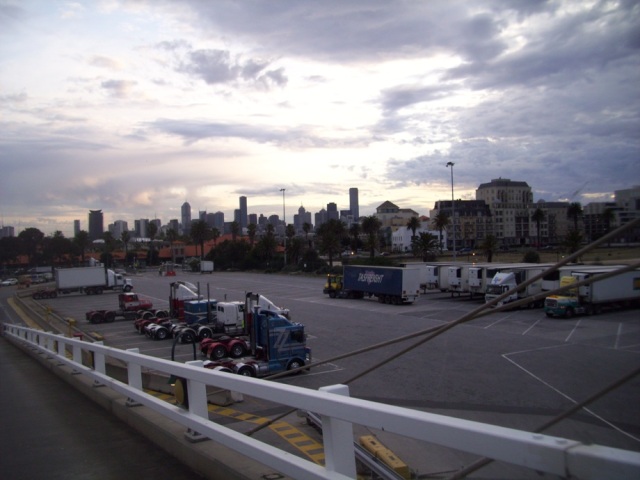 I have meetings in Melbourne all morning, so not much of interest to discuss. Funny, these days I always associate cities with driving underground. I wonder why.

Well all that went well. It’s nearly noon, so if I start now I should hit Sydney about 10pm tonight.

My favourite place along the way to stop for lunch is the Royal Benalla Botanic Gardens. I like sitting next to the memorial dedicated to local resident “Weary” Dunlop, with the magnificent statue by Louis Laumen; Dunlop is one of the most inspirational figures I know of. If you’ve never heard of him, look him up and you’ll see why he has achieved something approaching sainthood in this country. 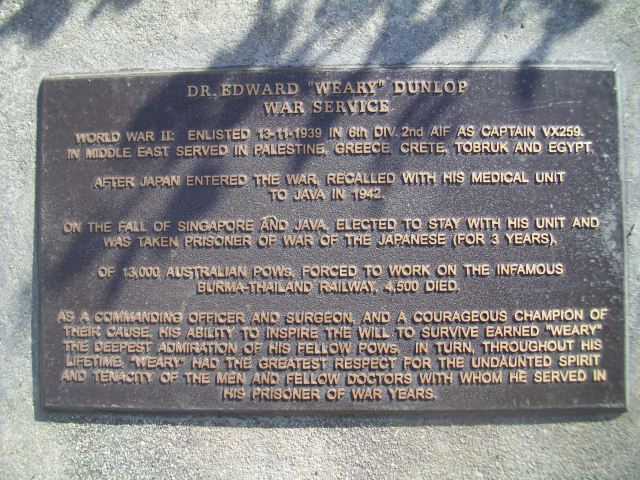 While I was standing nearby, I noticed an extremely elderly and frail man slowly approaching the statue. He looked to be at least ninety years old, and was being supported on either side by younger people. He stopped and stared at the statue for a long time, and seeing the expression on his face I knew without asking that this man was a Digger, had been a POW on the Burma-Thailand “death railway”, had known Weary and was viewing this statue for the first time. He didn’t speak, but his mouth was open and the look on his face was one of awe. Tears sprang from his eyes and rolled down his face. After a few minutes, his carers led him away. Common decency dictated that I not photograph this, but it would have been a picture telling a story of many thousand words. A remarkable vignette that I’ll never forget. 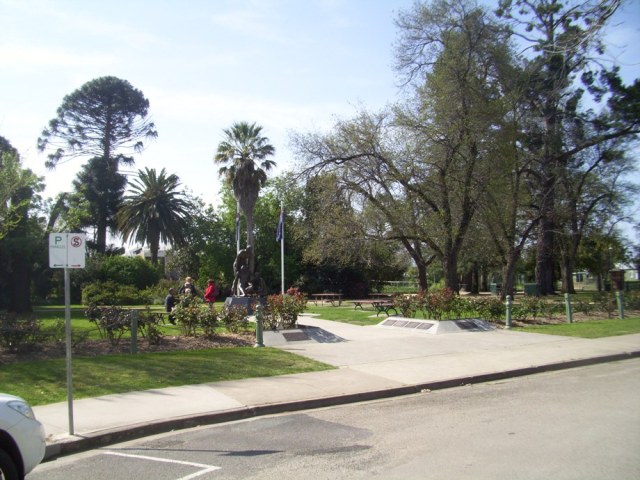 Back on the road. Sorry some of these pictures are blurred, but I can’t take my eyes off the road and the aim is a guess. That’s Mount Buffalo in the distance, and beyond is the Victorian ski fields. 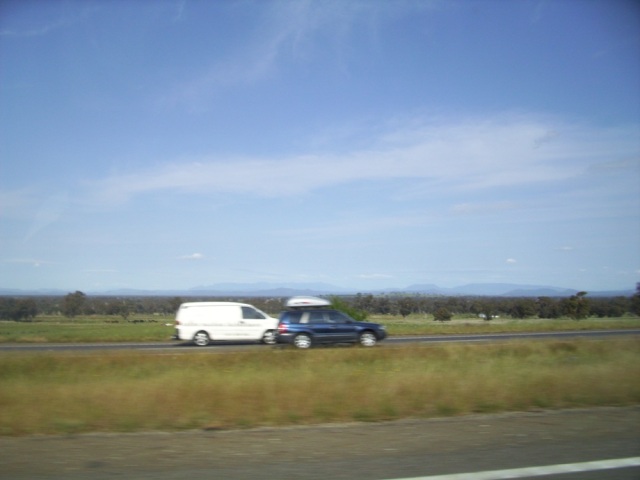 Now look at that sign. who said Aussies couldn’t think?

I’m always meaning to take this turnoff; Dad spent his formative childhood years in Yarrawonga, and a lot of my own family history is tied up with that town. One day, one day… 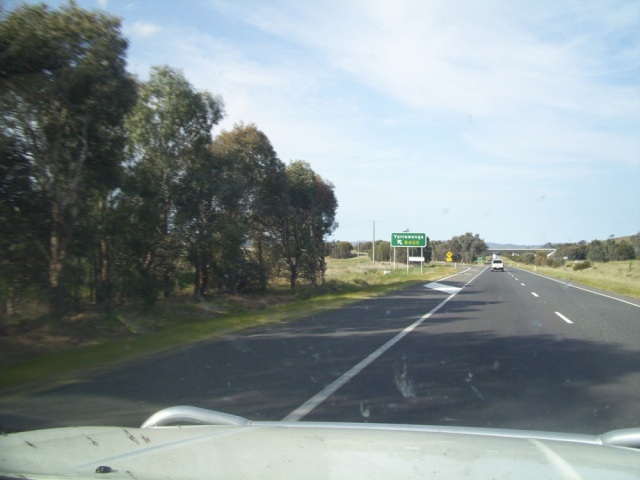 The Murray River marks the border between the states of Victoria and New South Wales. For many months it’s been in full flood, and the Riverina district to the north is greener than I’ve seen it for many years. No sign of catastrophic global warming here!

Here’s something you’re unlikely to see in any other inland town! The town elders of Holbrook in southern New South Wales (known prior to WWI as Germantown) were looking for a new tourist attraction, when the submarine HMAS Otway was decommissioned. So they trucked it, piece by piece, to the local park, and re-dubbed Holbrook “the Submarine Town”. I think it was unneccessary; once the freeway bypass of Holbrook is completed in a few months, and the traffic is gone, it’ll be a perfectly lovely place to visit.

Tarcutta on the Hume Highway marks the half-way point between Melbourne and Sydney, and is the site of the National Truckies’ Memorial, remembering all the long-haul truck drivers (on whom our economy utterly depends) who have died on our nation’s highways. Each of these plaques is sponsored by one of the major road transport companies.

The famous Dog on the Tuckerbox, “five miles from Gundagai” as the song goes, is my next stop. Nice monument and a fascinating bit of Australian history. Unfortunately, the site is now dominated by a giant neighbouring roadhouse whose main proprietors are BP, KFC and Subway. Sigh.

Goulburn is my last stop along the road before Sydney. The Big Merino commemorates the rôle sheep farming played in the development of the Southern Highlands in the 19th century. The pictures I took in the evening darkness didn’t turn out, so here’s a stock photo. 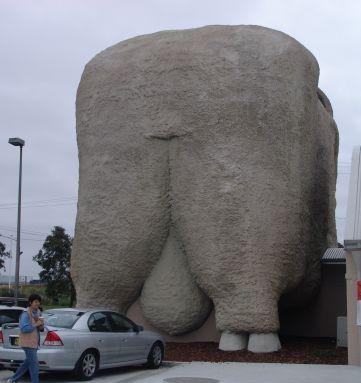