Our Traditions Are Worth Upholding

On this day, the 97th Anzac Day, I have been wondering about the motives of some in our community who, by all appearances, seem to want to ditch our national traditions, in particular our annual remembrance of those soldiers who made the ultimate sacrifice in the cause of our nation’s freedom.

Last year, the Gillard government spent over $370,000 commissioning a focus group to examine the community reaction to our upcoming centenary Anzac celebrations in 2015. According to it, growing multiculturalism in Australia has meant that commemorating our war dead is a double-edged sword and a potential area of divisiveness.

Really? Who, exactly, is going to be offended? Our former enemies? Read the magnificent words of Mustafa Kemal Atatürk, founder of the modern secular state of Turkey, and inscribed on the Anzac memorial at the site where he and his compatriots fought off the Allied invasion of 1915: 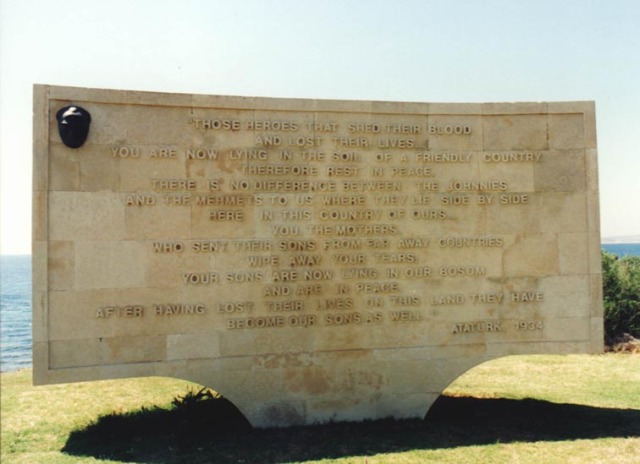 Today, the Turks celebrate Anzac Day with us

Similarly, I’ve yet to hear any complaints raised by any German, Italian or Japanese ex-servicemen or other immigrants from those countries. So who is offended by Anzac Day, and why is their offence of such importance that we should countenance modifying, or even winding back, our centenary celebrations?

Julia Gillard has apparently become aware of the community backlash against the report’s findings, and has distanced herself from them. But why spend so much public money on a useless focus group in the first place? I get the feeling that the Canberra clique are so insulated from everyday Australian society that they feel this is the only way they can find out what real Australians think. Someone needs to get out more, I’d say.

Anyway, I’m going to try and get away a bit later for a game of two-up. Should be back later this afternoon.

This entry was posted in Australia, Commonwealth of Nations, Libertarianism. Bookmark the permalink.

12 Responses to Our Traditions Are Worth Upholding