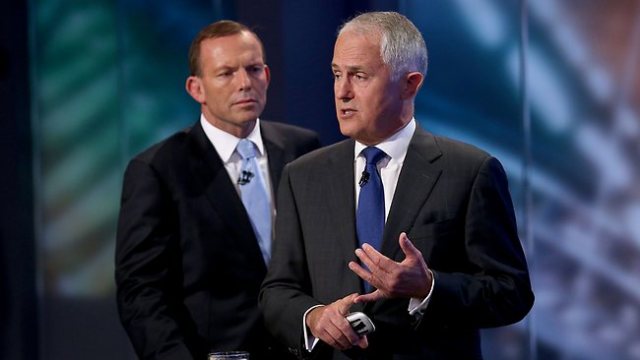 Reporting on the Australian Labor government’s palace coup in 2013 was both instructive for me and jolly good fun. Fun, because I personally loathed many of the Rudd-Gillard-Rudd administration’s policies and could not wait for them to be booted out of office. Changing leaders only months out from a federal election all but guaranteed they would be fired by the people in short order. Instructive, because it has made plain that the balance of our system of government has tilted markedly in the past half century.

The founding fathers who designed our Australian federation in the last decade of the nineteenth century based our system of government predominantly on the Westminster System, which was already in place in the six colonial governments of the day, with significant modifications adopted from the American Congressional model, and to a much lesser degree, the systems in use at the time in Canada, Argentina and Switzerland. So, for example, a new visitor from England, familiar with the structure and operation of the House of Commons, would find himself very much at home in the visitors’ gallery of the federal House of Representatives, viewing a sitting. He would see the Speaker of the House, the Prime Minister holding forth from the dispatch box, the Leader of the Opposition across the table, the collected volumes of Hansard, and parliamentary mace between them, the Serjeant-at-Arms (or Usher of the Black Rod in the Senate), and so on. Even the leather seats are coloured green like the Commons (though a lighter, gum-leaf green). 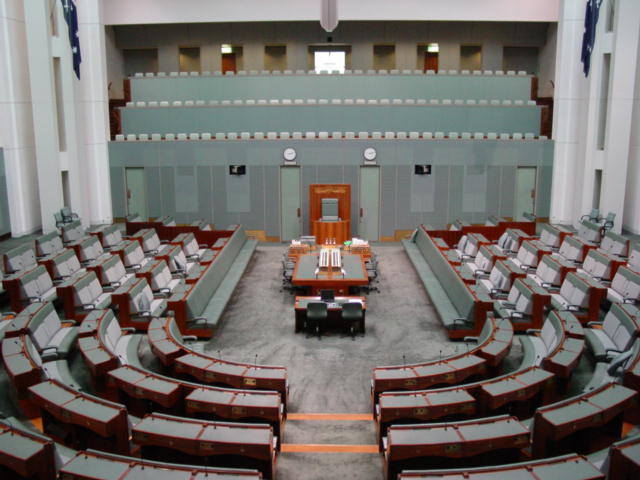 The structure of the legislature and executive also mirrors that of the British. Government is formed by the party (or parties) who can marshal a plurality of seats in the lower house. Those members elect one of their own number to be Prime Minister, who then (in theory) selects his cabinet of Ministers and Parliamentary Secretaries. The Prime Minister, the head of government, then at regular (5-year) intervals, appoints, at his own discretion, a Governor General, who is the de facto head of state, being the official representative of the de jure head of state, the British monarch, who is also Sovereign of Australia. An important point, that: the Prime Minister is not elected to that position by the people; he is chosen by parliamentary members of the government (or in the case of the Coalition, just the parliamentary Liberals). In theory. Of course, there is a lot of argy-bargy which goes on prior to the actual ballot. Factional deals drawn up by powerbrokers outside the parliament usually underpin the selection of a leader. Generally, a Prime Minister has run for office as Leader of the Opposition. In the popular mind, this gives voters the (erroneous) impression that they have actually elected the Prime Minister.

This is in contrast to the American system, in which the head of state and head of government reside in the one office and one person, the President. He (and it has always been a he so far) is voted to that office by the people, indirectly through the Electoral College. The popular mandate this gives a President empowers him to a far greater degree than a Prime Minister, and this is reflected in the powers the United States Constitution affords him, to issue Executive Orders, or veto legislation.

In other words, unlike a President, a Prime Minister cannot claim a direct popular mandate as his right to the office. Abbott has convinced himself otherwise, declaring at the National Press Club last week that he was voted in by the people, and it was up to the people to vote him out. Even ignoring his mangling of Australian civics, that was a bit rich, considering his personal popularity as PM has never been high. Even richer, considering he toppled Turnbull as Leader of the Opposition in December 2009 by a single vote in the party room. In making this declaration, he has alienated a significant fraction of his parliamentary colleagues.

No-one expresses this better than former Liberal Senator Amanda Vanstone, who today writes that it has been Abbott’s lack of consultation, particularly with the back bench, that has angered so many of his party. This is in contrast to the leadership battles of the last government, which were driven by a vainglorious autocrat on one hand, and a Marxist ideologue on the other. Both figures marshalled front-bench support directly into opposing cabinet factions in a state of perpetual intrigue, hence the prolonged theatre we witnessed.

I have already given my opinion of the contender, Malcolm Bligh Turnbull, in the comments on the last thread and don’t intend to amplify them here. If he does win the party leadership tomorrow, and hence becomes Prime Minister of Australia, he had better learn the lessons that history has taught his predecessors. A man of the people he may fondly imagine himself to be, but it is not they who put him where he so obviously wants to be.