Thou, O king, sawest, and behold there was as it were a great statue: this statue, which was great and high, tall of stature, stood before thee, and the look thereof was terrible. The head of this statue was of fine gold, but the breast and the arms of silver, and the belly and the thighs of brass: And the legs of iron, the feet part of iron and part of clay. Thus thou sawest, till a stone was cut out of a mountain without hands: and it struck the statue upon the feet thereof that were of iron and of clay, and broke them in pieces. Then was the iron, the clay, the brass, the silver, and the gold broken to pieces together, and became like the chaff of a summer’s threshingfloor, and they were carried away by the wind: and there was no place found for them: but the stone that struck the statue, became a great mountain, and filled the whole earth.

Was it the man, or was it the message? For a while, it seemed as though the former had outgrown the latter. Hitherto merely one more right-leaning commentator, having coined the term Climategate, had made of himself a symbol: to his followers, an icon, “great and high, tall of stature”; to his detractors, a lightning rod for every frustration they felt towards those who doubted the message they were so fervently trying to sell.

It doesn’t occur elsewhere: I take the occasional glance at The Guardian’s Comment Is Unanimous page; no such argument there. Every Climate Change-themed website, every news blog, every chat room devoted to the subject has its champions, to be sure, but none with anything like the cult-like following of our own GE. Right up to the point where Telegate, like that “stone cut out of a mountain without hands”, brought the whole edifice crashing down.

So I though it apposite to take a step back from the fray, draw a deep breath and have a sober, objective and completely factual look at the history of the man behind the image, and his forum that changed the world. How did he—and we—get here?

1948: Daily Telegraph opinion writers walk off the job in protest for better pay and conditions. A teenage GE refuses to participate, is labelled a “scab” and promptly joins the Conservative Party

He wasn’t always a God-Emperor. In fact, the earliest online DT article I could unearth concerned the shortcomings of a former bodybuilder/moviestar-turned-politician, a man famously described by Clive James as resembling “a condom stuffed with walnuts”. It attracted just ten comments.

Industrial action widens as National Union of Opinion Writers walks off in sympathy with DT colleagues. A lone voice, GE (circled), in a tearfully impassioned speech urges striking columnists to return to work. Barely escapes with his life.

From these humble, yet pugnacious beginnings, GE explored a variety of topics, mostly political, attracting little in the way of either celebration or approbation; his first post I could find concerning Al Gore was up to only thirteen comments. Slowly, yet inexorably, our GE was finding his voice.

On and on he puttered, exploring one conservative topic after another. But somehow, he kept returning to Anthropogenic Global Warming. It was as if he had some sixth sense that this theme, above all others, would lead him beyond greatness, to the near side of deification. Even then, he was building a following, albeit tiny. Crownarmourer, Msher1 and Clothilde S were among the earliest adherents. Though usually struggling to attract ten comments per post, the seeds of the legend were already sown.

If you own any shares in alternative energy companies, thundered our GE, I should start dumping them NOW. Climategate had arrived!

From there, the blog went viral; 500-700 posts per thread were the norm, with the one thousand mark sometimes topped. Our GE found his moment in the sun, being invited to chat shows, cited and quoted throughout the MSM.

1964: Birth of a revolution: Tasmanian woodcutter suddenly realises that without native forest timber products, world newspaper industry is doomed. Labours in secret in his garage by candlelight to develop paperless “electric newspaper” but fails to lodge patent application. Decades later, British researcher steals plans and rebadges it as “the internet”

And with the traffic came the trolls: every shape, size, colour and disposition. Some were simply spotty young undergrads, filled with righteous certitude and, fresh out of indoctrination from some How To Debate With Climate Change Deniers website, eagerly joined the fray. Faced with more facts than such websites prefer to give their devotees, and more sceptical real-world experience than they were equipped to tackle, this category seldom lasted. Some were more irritating than anything else; one spent so much time camped out on our site that (I am reliably informed) his employers may one day quite possibly receive a polite query regarding their Internet Acceptable Usage Policy, together with a rather lengthy log of posting on their dime. And then there were the truly bizarre: the young woman, apparently infatuated with our GE, who insisted on using her (rather modest) academic credentials against her name on every possible occasion, and her (rather immodest) and unnatural fascination with light bulbs possibly deserves closer attention; that, however, is a dark and disturbing place, to which this chronicler has no wish at all to go. And then there were the professional stalker-trolls; little science background, but lightning with Google searches. The most prominent of these, unmasked (by yours truly) as a Redwar operative, was ultimately and unceremoniously shown the door by a marvellous representative of Popular Technology magazine. Someone buy that man a beer.

1967: GE invited by pop group to collaborate on “concept album”. Unable, however, to keep pace with band members prodigious ingestion of exotic substances, he collapses unconscious, face-first into studio grand piano. This contribution, captured on tape, immortalised in music history as “the chord that goes forever”

The fact is, when the order of battle is tallied, a picture of a very uneven contest emerged. No professional scientist (of which I am aware), neither working engineer nor economist was prepared to put the Warmist case to our blog. Is this not telling? Yet, our own sceptical brigade was overflowing with education and centuries of practical experience in all these fields. It truly was a force to be reckoned with, and the more pity it was that such a disparate yet powerful force, greater than the sum of its parts, was scattered to the winds on the collapse of the format. and the more can we celebrate that portion that remain, here and elsewhere.

And even so, it all appeared to be going so well: the debate seemed all but won; an army of willing followers stood at the ready to slay any warmist dragons who dared venture onto his patch. And then, on what would have been Adolph Hitler’s one hundred and twenty-first birthday, he went and wrote this…

And thus was the hill crested. 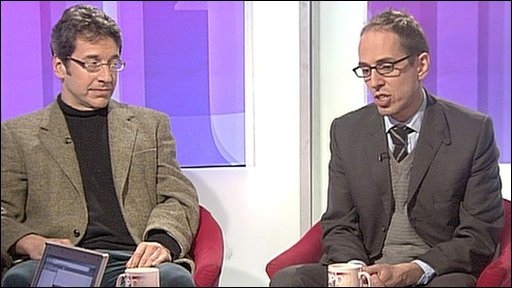 Screened live on prime-time BBC TV, the grand final of smash-hit reality show “Britains Nerdiest Eyewear” results in a unanimous points decision to reigning champion G. Monbiot of mid-Wales. Despite secretly wagering his entire lifes savings on the opposition, GE pursues Monbiot with hatred ever after.

Pride cometh before the fall it is said, though its relevance to this tale may be debated. Some may make the point that he merely did not suffer fools gladly. Others (myself included) may counter with the point that it was we who generated the content, we who put him on his pedestal, and we who kept him enthroned. To those who questioned his acceptance of some sort of gratuity to attend a writers’ conference in the Middle East, he turned his scorn:

And to those of you muppets who accuse me of any kind of cowardice, moral or physical, I should like to raise my middle finger and invite you to swivel thereon……… Your sanctimonious posturing disgusts me more than I can say. I’m glad if you’ve decided no longer to read my blog. You are not worthy of it and you can rot in your smug, safe little beds

Well, anyone can have a bad day I suppose. Openly inviting a reduction in his employers’ adstream revenue though, was probably a bridge too far, and in all likelihood signalled the beginning of the end. And while we could forgive a God Emperor his oddities, there were others in the shadows, mountain-cut stones in their hands, who could not.

Like Icarus, our GE was flying too close to the Sun. Unlike Icarus, his eye was probably a little too distracted by Page 3. Wot about them bristols eh?

Of course, even notwithstanding his peculiarities, it was never going to be allowed to last. The powers-that-be could clearly see the usurpation of their own control over the agenda. News on the blogosphere travels faster than the ability of the Mainstream Media to stamp it out. Something had to be done. And so, with a hack here, a software upgrade there, the Old World reached out its gnarled hands from the black depths it has never left, and dragged our shining new vista down into its own dark, stinking Orwellian abyss.

In a sense, it doesn’t even matter which of the explanations of, or conspiracies behind, the disaster at the DT is closest to the truth. It’s gone now, and with it the magic that motivated so many of us to expend on it our time, our energy, our talent and our experience. He seems to think so too, and no longer deigns to comment on his own threads and offer feedback to those who feed him. I guess that, having tasted, even for a moment, being a GE, it was too big a comedown to revert to being plain old JD. Or that ten minutes or an hour later, his words will be relegated to the electronic equivalent of the dustiest library basement archive. Can’t say I blame him, really. 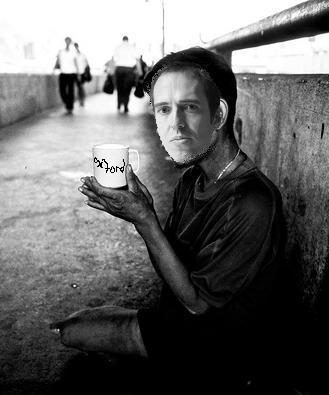 And so here we are, at the opposite end of the world, our voices unmuted, our leader (formerly GE) less so. And in some ways, we have come full circle. AGW as an issue is becoming as stale as last week’s bread, but new fields of battle await; foremost among them Anthropogenic Ocean Acidification. Which brings me to my original question: what was it that made our blog what is was? Was it the man, or the message? Or was it the medium itself? I’d venture that the medium had at least as much to do with enabling a meeting of minds from around the world, as did either a (relatively) unknown British conservative columnist, or a (previously) esoteric scientific debate about the effects of carbon dioxide. When the medium changed, the blog for most practical purposes died. But here in the antipodes, and in other places as well, the game continues.

But hey—it really doesn’t matter whether you win or lose that game, but how you play it… 😉

This entry was posted in Daily Telegraph Blog Disaster. Bookmark the permalink.