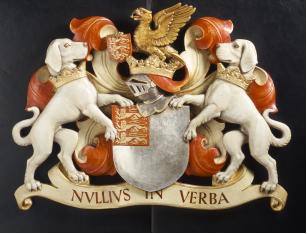 I’ve just finished reading Climate change: a summary of the science, the Royal Society’s latest word on the subject. Before James Delingpole and others get everyone altogether too excited about it, I thought I would share what it basically says.

That we, the undersigned, being the current living Fellows of the Royal Society, do formally abjure, reject and eschew the erroneous and pernicious postulate that the earth’s climate is being altered in any statistically significant measure by the activities of mankind;

Further, that before the Society venture any future opinion on the matter, all Fellows will divest themselves of any pecuniary interests in the fields of alternative energy generation and carbon trading, and relinquish any paid position or sinecure in Her Majesty’s Government or the United Nations related to the advocacy of same;

Further, should any Fellow offer publicly an opinion bearing on a desirable level of the world’s population (being less than that at present), that Fellow will reduce this opinion to a precise figure, together with an articulation of how many are to die in each nation, over what time scale this should occur, the means by which they are to be put to death, and the identities of the appointed executioners, together also with a moral justification for such an enterprise, co-signed by the Archbishop of Canterbury and the Queen as titular head of the Church of England.

Given at Carlton House Terrace, London, England, on the thirtieth day of September in the year of Our Lord, 2010.

Founded in 1660, the Royal Society is the oldest scientific body in the world. Past presidents include Sir Christopher Wren, Sir Isaac Newton, Sir Humphrey Davy, Lord Kelvin and Lord Florey. When it was adopted in 1663, its motto, nullius in verba, (on the word of no-one), was intended as an expression of intellectual independence from any authority (primarily church and state: the condemnation of Galileo by the Vatican had occurred only forty-seven years earlier).

For the Latin scholars among you, the motto actually comes from a line of Epistula I in Horace’s Epistles: Nullius addictus iurare in verba magistri (not bound to swear allegiance to the word of any master). Though recently, it has seemed to me they could have added praeter nos (except us).

Actually, on the face of it, the 59 articles making up the document seem a rather dry, sober and somewhat unremarkable recitation of the basic tenets of climate science. Taken together though, it is a clear retreat from the erstwhile position of inflexible advocacy adopted by the Society. I encourage all of you to follow this link and read it for yourselves.

The devil’s in the detail: the careful (and at some points, carefully vague) partitioning of what is well-understood, on what there is broad consensus (a word repeated far too often in a publication of a scientific society, in my opinion), and what is less understood, is the crux of the political (and primary) message of the document.

The final paragraph, Article 59, is worth quoting in full as it summarizes the essential message of the Society neatly:

Like many important decisions, policy choices about climate change have to be made in the absence of perfect knowledge. Even if the remaining uncertainties were substantially resolved, the wide variety of interests, cultures and beliefs in society would make consensus about such choices difficult to achieve. However, the potential impacts of climate change are sufficiently serious that important decisions will need to be made. Climate science – including the substantial body of knowledge that is already well established, and the results of future research – is the essential basis for future climate projections and planning, and must be a vital component of public reasoning in this complex and challenging area.

This sounds to me like a bit of bet-hedging. No government or scientific society will ever come right out and say oops, we were wrong all along, but hey, we’re sure you’ll all let bygones be bygones, won’t you? Instead, there will be an ever-so-gradual retreat; so gradual, in fact, that they’re hoping we won’t notice. It’s not in and of itself an earth-shattering revelation.

But at least it’s a step in the right direction.

336 Responses to Nullius In Verba